The History of Insulation

What do mud, cork and wall hangings have in common? It may come as a surprise, but at some time during recorded history, each has played a vital role in furthering human survival. Had substances like these not lent their insulating properties to human housing, mankind as we know it might never have endured the world's weather extremes.

Insulation to the Rescue

When they first began living outside of caves, the ancients knew nothing of R-values. They just wanted their homes to stay warm. That meant they needed insulation, and the things they used for the purpose differed throughout the ages.

To defend against the unrelenting heat of their desert region, the ancient Egyptians constructed their dwellings of massive mud bricks, often adding papyrus to the interior walls to intensify the effect.

Despite its heavy 19th- and 20th-century use, asbestos was far from a modern invention. The Greeks employed it as early as 456 B.C. to insulate their ovens and keep their temple flames alight. They even wove it into clothing for their slaves, and when those unfortunates began dying of lung disease, the Greeks recorded the finding for posterity.

The ancient Greeks built their homes with double walls, relying on the insulating properties of the resulting air pockets to keep inhabitants comfortable.

The Romans also made use of the double-wall insulation technique, but they went the Greeks one further. This was the first culture to install indoor plumbing, and to keep the water comfortably hot, the Romans covered the pipes with ordinary cork.

Without some sort of insulation, life in the extremes of northern Europe would have been impossible. To keep the cold outside where it belonged, the Vikings applied an ingenious mixture of mud, straw and animal dung to their homes' exteriors, enhancing the effect with sheepskin on the interior walls and floors.

While the stone buildings of medieval times may seem romantic today, they were damp and drafty places in which to live. To mop up the moisture and keep out the wind, residents hung heavy tapestries on the walls and covered the floors with straw and rushes.

During the 18th century, people chose to insulate with hay. While it worked fairly well for much of the year, hay did little to protect a home's inhabitants from the extremes of winter weather. A particular inability to keep out the wind negated any beneficial R-value that this material might have possessed during the warmer months.

Ignoring the wisdom of the ancient Greeks, 19th-century builders chose asbestos as a means of protecting workers from the scalding steam that powered factory engines. The use of asbestos proliferated, subsequently spreading to homes and remaining popular until the 1970s when the truth of its deadly nature made headlines once again.

Most modern homes contain some variety of fiberglass insulation, and in the days of low utility costs, this may have been a viable economic solution. Unfortunately, as an insulating material, fiberglass is not much better than was 18th-century hay. Adequate in moderate seasons, fiberglass does less well at keeping out the wicked winds of winter. It's important to remember that the original fiberglass testing took place in a vacuum chamber. Its ability to block air infiltration was never properly assessed.

The same is not true of Styrofoam, a substance whose insulating properties are familiar to anyone who has ever held a cup of steaming coffee. When correctly created with the pressure and high heat of an exothermic process, Styrofoam prevents the thermal transference of heat through conduction, convection and radiation.

Modern-day spray foam insulation slams the door on Mother Nature. As energy costs continue to rise, spray foam insulation will make a substantial difference in your home's utility costs. Best of all, low-pressure spray foam can be injected through very small holes. If you already have fiberglass insulation, there will be no need to tear down those walls.

If better air quality, quieter living spaces, comfort and health are important to you, it's time to reconsider your insulation choices. Upgrade your living space with the permanent, year-round benefits of spray foam. You'll be glad you did.

This entry was posted in The Waiting Room on January 16, 2016 by John Weinssen. ← Previous Post Next Post → 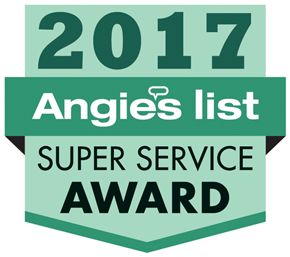